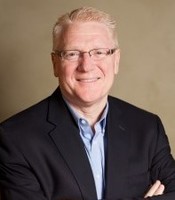 Senator Bob Worsley has been a Republican State Senator from Mesa since 2012 until Jan 2019.  He and his wife Christi and 6 children (31 grandchildren and 2 great grandchildren) lived in Arizona for almost 40 years and now spend most of their time in Salt Lake City, Utah where most of the family are now.

He came to the Senate bringing with him an array of entrepreneurial skills having been named 1999 Arizona Entrepreneur of the Year.  He began his career as a CPA with Price Waterhouse, went on to found SkyMall in 1989, and sold it to Rupert Murdoch’s corporate empire 13 years later.  He then founded NZ Legacy which has been active in real estate, energy and mineral developments since 2002.  He built an $80 Million 27-MW biomass energy plant, fueled by the remains of the Rodeo-Chediski fire which burned over 450,000 acres of Arizona forest land in 2002; Novo Power is currently fueled by 15,000 acres per year of forest-thinning and is staffed with over 100 employees and contractors.  He started getting his feet wet with the future of housing with a wealthy friend in Provo Utah in 2018.  Today that interest has blossomed into a new start up called ZenniHomes (www.zennihome.com).  The startup is building in a factory a state-of-art micro home of the future completely furnished like an RV.  The completed homes ship like shipping containers on cargo ships to anywhere in the world.  They include net zero energy with solar, Lithium batteries, super insulated and smart home technology.  Each home has minimal walls, doors and instead has voice, app or pad controlled MIT inspired robotic furniture that appears when needed– bed, sofa, office equipment, closets, and entertainment systems when you want them.  Rooms are used for multiple uses.

While serving in the Arizona Senate, he was involved with energy and technology issues, citizen engagement, data collection and the required infrastructure for our future autonomous vehicles. Along with County Attorney Bill Montgomery and other civic leaders, he has actively been seeking a long-term, compassionate solution to immigration challenges in Arizona.  He chaired the Transportation and Technology Committee, and served on the Commerce & Public Safety, Finance and Judiciary committees but announced in June 2018 his retirement from politics “until his party wakes up from its nap.”

He is an author of the newly released book “The Horseshoe Virus” which along with telling his story of being elected to fight for immigrants in Arizona also painstakingly connects some on the far right and far left of working together to kill any comprehensive immigration reform in Washington DC.  The premise of the book is that both extremes have similar objectives for different ideological reasons and have blocked any real chance of making the US immigration system streamlined, responsive and modern.  Canada’s system is much better and could be a model of what we should do.  Unfortunately the book documents fears of “race suicide” with the white anglosaxon majority population since the original 1790’s national immigration bill.  The far right seem to be true racists and some of the far left being zero population growth environmentalists but have similar objectives to not allow meaningful immigration to America by stopping legal modernization of the law.

Bob’s wife Christi founded Consolari in 2012 to add to the Mesa Arts Center to create a World Center for Song that would include a 2,000 seat acoustic hall to rival Carnegie Hall in NYC.  The building was to transform from unamplified music to a Broadway venue of 2,500 seats that would eventually replace the 50+ year old Gamage facility on ASU Campus.  Consolari is in the process of transforming into an ASU JV and becoming a digital equivalent of the Concert Hall but will still aspire to be the World Center for Song.  Worsleys firmly believe that Music can heal and create social cohesion counteracting to some degree the current polarized political environment.

Bob was named by Capitol Times as “2018 Legislator of the Year” along with numerous other distinctions for his service in the Arizona Senate.