Register Yourself Register Two or More
View Event Attendees
NEW DATE: Wednesday, January 20th
The Women's Leadership Initiative (WLI) is pleased to host this virtual speaker series, featuring powerhouse female leaders who are shaping the land use and real estate industry. Our speakers will talk about their career journeys and share experiences that helped them grow as leaders and how they built strength and resiliency.
Please join us for our next conversation with Marilee A. Utter, CRE, FRICS and Debra Z. Sydenham, FAICP on December 3, 2020 from 4-5 PM AZ Time.
WLI Leadership Series Title Sponsor 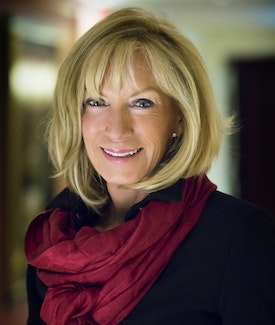 Marilee Utter President, Citiventure Associates LLC Denver, CO Marilee Utter is President and founder of Citiventure Associates, LLC, a real estate advisory firm focused on development strategy, and offering particular expertise in Public-Private Partnerships (P3s), Transit-Oriented Developments (TOD), and transformational real estate. Previously, she was Executive Vice President of the Urban Land Institute, a Washington DC-based global non-profit of 45,000+ members known for real estate best practices and cutting-edge thinking. Her responsibilities included oversight of staff, operations, and local impact for offices in 75 cities around the world. Prior to that, Marilee’s experience includes Managing Partner for P3 West LLC, Regional Vice President with Trillium Corporation managing the land development revitalization of Denver’s Central Platte Valley rail yards, Mayoral–appointee Director of the Office of Asset Management for the City and County of Denver, first manager of Department of Transit-Oriented Development for the (Denver) Regional Transit District, Vice President with (now) Wells Fargo Bank, and secondary math teacher. With this unique background, Marilee has become a nationally known speaker, writer, and advisor on innovative approaches to community redevelopment and urban issues. Marilee holds an MBA from UCLA’s Anderson School, a certificate in State and Local Public Policy from Harvard’s Kennedy School, and a designation from the Counselors of Real Estate (CRE) where she is global Chair-elect. She is adjunct faculty at University of Colorado Denver, national Trustee for the Urban Land Institute and past Chair of the Colorado District Council. She is past chair for the Metropolitan State University of Denver Foundation Board, serves on National Charrette Institute Board of Advisors, and is a member of the International Women’s Forum.
View in Member Directory Will open in a new window 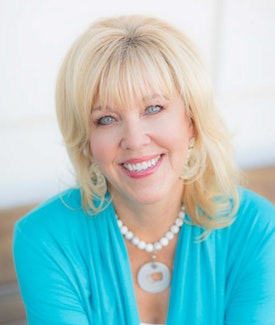 Deb Sydenham joined ULI Arizona as its Executive Director after nearly 20 years with the State of Arizona, and 9 years in the private sector. Her vast statewide experience working with local, regional, state governments, and tribal communities, and state level policy issues serves as a solid foundation to moving the ULI mission forward. Deb is the “face of ULI Arizona” as efforts to provide leadership in the responsible use of land and in creating and sustaining thriving communities in Arizona are implemented by the ULI Arizona District Council. Immediately prior to joining ULI, Deb was Deputy Director for the Office of P3 Initiatives at ADOT, and was involved in establishing the state’s program to use public-private partnerships (P3) as a tool to address Arizona’s transportation requirements. She focused on implementing Arizona’s P3 program from the ground up and identifying methods to fund the construction and enhancement of roads, transit, rail and other transportation facilities. In addition to her ADOT role, Deb worked closely with the Governor’s Office and the Governor’s Military Affairs Commission on statewide military sustainability issues and continues to be a resource in this area. From 1992 to 2009, Ms. Sydenham led the Community Development and Planning component of the Arizona Department of Commerce. As one of the agency’s assistant deputy directors, Deb was responsible for all Community Development functions including the Arizona Office of Smart Growth, Rural Development Office, and the Regional Managers. She maintained oversight of the Growing Smarter Planning Grant Program and the $5 million dollar Military Installation Fund. Deb was the agency lead in all military sustainability and Smart Growth efforts and was responsible for staffing the Rural Economic Development and Viability Sub-Committee of the Growing Smarter Commission, the Governor’s Military Facilities Task Force, and the Governor’s Growing Smarter Oversight Council. Deb was also director of the Smart Growth Interagency Committee, an outgrowth of the Governor’s Growth Cabinet to instill a smart growth dialogue throughout state agencies. She was a Governor appointee to the Growing Smarter Oversight Council and staffed the Governor’s Military Affairs Commission and the Arizona Military Affairs Commission. From 2001 to 2009, she led the Arizona Military Regional Compatibility Project, a statewide endeavor to address encroachment and land use compatibility around Arizona’s active military airports and installations. Ms. Sydenham is a graduate of Michigan State University and a Fellow of the American Institute of Certified Planners (AICP). In 2012, Deb was named one of the 25 Most Admired CEOs in the Phoenix Metropolitan Area. She has been actively involved in the Arizona Chapter of the American Planning Association at both the section and state board levels as a section officer, chapter newsletter co-editor, director-at-large, and chapter treasurer, and was honored with the 2008 Distinguished Leadership Award. With over 25 years of experience in the planning field, Deb has given numerous presentations at local, state, and national events on a variety of land use planning, smart growth, and military land use compatibility topics. Her military endeavors provided the opportunity to ride in an F-16 aircraft and experience aileron rolls, aerial loops, pulling 5Gs, and going Mach 1.1 to break the sound barrier. Ms. Sydenham was a Governor appointee to the Arizona State Board on Geographic and Historic Names from 2000 to 2004. She is a past member of Soroptimist International.
View in Member Directory Will open in a new window

What will the Biden climate plan mean for real estate development, investment, and infrastructure?

Our next title is Right of Way: Race, Class, and the Silent Epidemic of Pedestrian Deaths in America. Author Angie Schmitt explains how pedestrian deaths are not unavoidable “accidents.”

Planning to implement UrbanPlan in your classroom for the first time? Attend this two-day training (9:00-3:30 ET) to learn the ropes.