ULI Arizona invites you to join us as we hear from the industry players who made the new Phoenix Suns & Mercury Training Facility a reality. The training facility, located at 44th St. and Camelback Rd., one of the most high-profile intersections in the Valley, spans nearly 50,000-square-feet and includes two NBA/WNBA basketball courts, the latest in sport science and innovative performance amenities, indoor/outdoor training areas, and operational space for Phoenix Suns and Phoenix Mercury basketball operations. The private practice facility is part of the first phase of RED Development’s $300 million, innovative mixed-use development of the area. Get in the game – don’t miss this conversation! 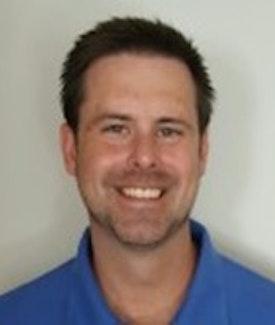 Eric Nagy is Director -Technology in the Technology and Product Development Organization. He is responsible Global Operator & Sports Partnerships for Product and Technology Development. Previously, he was Senior Manager Dev/Ops in the Network OSS organization responsible for development and operations of applications supporting the network. Eric has previous experience leading large scale national initiatives deploying MPLS, transforming voice network to SIP, and OSS implementations. Nagy formerly served on the board of Holcomb Bridge Middle School where he helped drive technology innovation for the school. He currently serves on the Corporate Advisory Council for Homeless Solutions Inc. Eric received his Bachelor’s degree in Computer Information Systems from West Liberty University in 1999 and an MBA in General Business from Saint Leo University in 2015. Eric is PMP certified since 2005 and in his spare time enjoys spending time with his wonderful wife and three small children.
View in Member Directory Will open in a new window 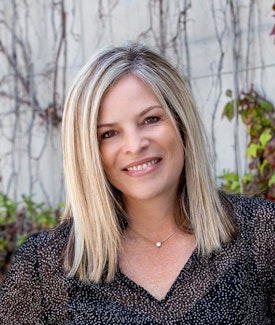 Heather Personne is a Managing Principal of Evolve Ventures, a regional real estate development and advisory group focused on adding value to all aspects of the real estate life through a focus on the evolution of real estate to reflect a more consumer-driven experience. Ms. Personne has nearly 25 years of experience in real estate acquisitions, development, management and dispositions. Throughout her career, she has spearheaded the development of more than 100 retail, office, hospitality and multi-family properties throughout the western United States. Prior to co-founding Evolve, she held roles as a Principal with Point B Property Development, a Retail Partner with Phoenix-based commercial development and investment firm ViaWest Group and a Principal with Evergreen Devco, a regional retail and multi-family developer. Ms. Personne graduated Summa Cum Laude, Phi Beta Kappa from the University of Arizona Honors College and holds a Bachelor of Arts degree in Psychology and French. She is heavily involved with the Urban Land Institute, currently serving as Treasurer for the Arizona District Council and Vice Chair/Founding Member of the National ULI Place Making Product Council. She is also a member of ICSC, the Arizona chapter of CREW and serves on the board for the Phoenix Center for the Arts. In addition to her professional commitments, Ms. Personne also participates on the alumnae board of the Phoenix chapter of Kappa Alpha Theta and is a founding board member of the Roadrunner League of Boys Team Charity, a civic organization focused on encouraging philanthropic commitments among young adults. Ms. Personne resides in Scottsdale, Arizona with her husband Matt and three children. In her spare time, she enjoys hiking, snow-skiing and traveling.
View in Member Directory Will open in a new window 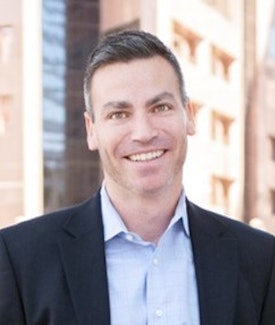 Jeff Moloznik serves as Senior Vice President of Development at RED Development, LLC. His development portfolio at RED includes all phases of CityScape in downtown Phoenix, The Union Dallas, and most recently, the redevelopment of Camel Square in Phoenix. All of which are high rise, vertically integrated mixed-use infill redevelopment projects. Jeff’s responsibilities include public and private financing, entitlements, tenant relations, design oversight, construction coordination, marketing, community outreach, and governmental relations. Committed to the local community, Jeff currently serves on the board of Valley Partnership, the Downtown Phoenix Partnership, the and City of Phoenix Tourism and Hospitality Board. Jeff earned a Bachelor of Science from the University of Wisconsin, Madison. He resides in Phoenix, Ariz., with his wife Molly, daughter Maeve, and dog Yeti.
View in Member Directory Will open in a new window Jason Rowley is in his sixth season as the Suns’ President and his 11th season overall with the team. As President, Rowley is responsible for managing all business operations of the Suns and oversees the club’s interests in the management of Talking Stick Resort Arena, the WNBA Phoenix Mercury, the NBA Development League Northern Arizona Suns, the Legends Entertainment District, and affiliated entities. Rowley previously served as the team’s Chief Operating Officer, as well as its Senior Vice President and General Counsel. Rowley began his career in 2001 with the law firm of Snell & Wilmer in Phoenix, and while there he represented the Suns’ current ownership group in their acquisition of the club in 2004. At Snell, his practice included private and public mergers and acquisitions, complex real estate transactions, securities regulation, entity formation, commercial contracts and general business law. Rowley earned his bachelor’s degree in 1994 from the University of Arizona. After graduation, Rowley joined the United States Navy, an experience he considers one of the proudest and most formative of his life. He worked as an intelligence analyst with the Commander 3rd Fleet Intelligence Division until his honorable discharge in 1998. He then returned to the University of Arizona to pursue his law degree, graduating in 2001. Rowley is involved in a number of charitable and civic organizations. He serves on Greater Phoenix Leadership, the ASU Walter Cronkite School of Journalism Endowment Board, the Thunderbirds, the Board of Phoenix Suns Charities, and the Board of Downtown Phoenix Inc. He also served as the 2015 American Heart Association Phoenix Heart Walk Chairman, and was named the 2011 Phoenix Father of the Year by the Phoenix Father’s Day Council.
View in Member Directory Will open in a new window

What will the Biden climate plan mean for real estate development, investment, and infrastructure?

Our next title is Right of Way: Race, Class, and the Silent Epidemic of Pedestrian Deaths in America. Author Angie Schmitt explains how pedestrian deaths are not unavoidable “accidents.”

Planning to implement UrbanPlan in your classroom for the first time? Attend this two-day training (9:00-3:30 ET) to learn the ropes.